When you book with an account, you will be able to track your payment status, track the confirmation and you can also rate the tour after you finished the tour.
Sign Up
598

Welcome to Bhutan. Arrive at Bagdogra airport and drive through northern Indian tea plantation to transfer to Pheuntosholing.

Process for route permit and you have the rest of the day at leisure. Overnight at Pheuntsholing
Note: If you are entering Bhutan via land, it is to be noted that the permits are issued only during working days and hours. (Monday to Friday between 9 am to 4 pm during winters and 5 pm during summers). No permits are issued on Saturday, Sunday and Bhutan government holidays. After Complete Bhutan Imigration& Permit Process we will Proceed To Thimpu with taking delicious breakfast. Enroute we will enjoy marvellous nature cinerarias Check in Hotel,Evening at leisure and . Overnight Stay

After Breakfast this morning, go for stunning  Local sightseeing After breakfast today, proceed to Punakha. Dochula view point stop: The first stop after leaving Thimphu is Dochula pass at 3100m. Only about 45 minutes from Thimphu, it offers visitors their first glimpse of the Himalayan range. The road to Punakha branches left and curls its way down to the relatively low lands of the Punakha valley. As you are just about to reach  Punakha
visit :-
Chimi Lhakhang (Fertility Temple): Situated on a hillock in the centre of the valley is the yellow-roofed Chimi Lhakhang, built in 1499 by the cousin of Lama Drukpa Kunley in his honour after he subdued the
demoness of the nearby Dochu La with his ‘magic thunderbolt of wisdom’. A wooden effigy of the lama’s thunderbolt is preserved in the lhakhang, and childless women go to the temple to receive a blessing
or empowerment from the saint. It’s a pleasant 20 minute walk across fields from the road at Sopsokha to the temple. It crosses an archery ground before making a short climb to the temple. Punakha Dzong: Majestically standing on an island between the confluence of the Pho Chhu and Mo Chhu rivers, the city’s dzong is one of the most photogenic of all Bhutan’s ancient fortresses, and you will see pictures of it hanging in hotels and restaurants throughout the country. The dzong is joined to the mainland by an arched wooden bridge, and contains many precious relics from the days when successive kings reined the kingdom from this valley. In the evening, return back to hotel. Overnight stay in Punakha.

Distance to cover – 3 h 28 min (126.7 km) via Thimphu-Punakha Hwy/Thimphu-Wangdue Phodrang Hwy
Check out from hotel and transfer to Paro. En route explore·  Drugyel Dzong – Situated in the north end of the Paro valley built in 1649 to commemorate the victory over Tibetan invasion. It was gutted by fire in 1951, & now it is in ruined fort, but it is kept as a monument for the visitors from outside as historically this dzong is very important. On a clear day, the view of Mt. Jomolhari can be seen.In The Evening Enjoy Shopping At Paro Market.return back to hotel. Overnight stay in Hotel.

After Breakfast Proceed To Visit Paro Local Sightseeing ·   Rinpung Dzong – Meaning: fortress of the heap of jewels. It was built during the time of Zhabdrung in 1646. It houses both administrative and monastic bodies. It is also a venue of the Paro festival (Tsechu), held once in a year during spring time. 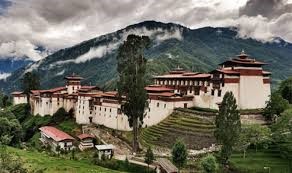 Distance to cover  4 h 21 min (160.0 km) via Phuntsholing – Thimphu Hwy
After Breakfast, check out and drop to pheuntshoing enroute we will visit monesterywith fabulous nature view by surrounding.evening at leisure  overnight stay in hotel After breakfast we poceed to bagdogra airport for your onward Journey to Mumbai.Tour Concludes cherish memories forever . .Any cost arising due to natural calamities like, landslides, road blockage, political disturbances (strikes), etc (to be borne by the client, which is directly payable on the spot). 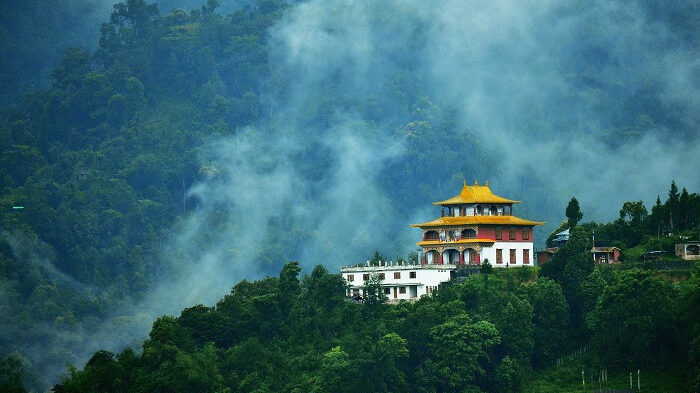